Samantha Forester was born and raised in Wichita Falls. She graduated from Hirschi High School in 2009 and was a member of the Studio Team – go Huskies! She received her Bachelor’s of Fine Arts in Broadcast Journalism from Midwestern State University in December 2014.
Samantha joined the News Channel 6 Team in August 2013 as a news producer following her summer internship. Throughout her time at News Channel 6, Samantha has also worked as a multi-media journalist, digital producer and reporter, and most recently as the host and producer for the News Channel 6 City Guide.

In her spare time, she enjoys going to some of our great local restaurants or event venues with friends. She plays a mean game of pickleball at Hamilton Park when the weather is nice. You can also catch her instructing an aerobics class called HIGH Low at Forever Fit in Wichita Falls.

I’ve been involved in video and motion graphics for about four years now. I started working at the City of Wichita Falls in the Public Information Office in 2017 and now work on Sheppard AFB in Public Affairs. I enjoy watching commercials to get a sense of what is modern and relevant then try to apply that to my work. My earliest creative influence I remember was the early 2000’s Adult Swim bumpers that brought the shows in and out of commercial breaks. This career field allows me to be creative, have a flexible work schedule, and have a lot of fun.

This will be my fourth year judging the BBB video contest. I really enjoy watching the teams progress each year and get better and better, so I hope to see a good mix of creative and technical work this year. 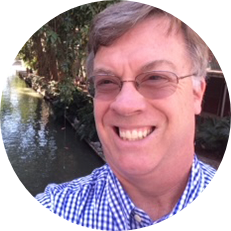 An associate professor at Midwestern State University, Bradley received his doctoral degree in public administration with research work in media agenda-setting and local governments. He teaches various reporting and other mass communication classes although his particular area of interest is visual communication. Wilson is the editor of the national magazine, Communication: Journalism Education Today, for the national Journalism Education Association and managing editor of College Media Review for the College Media Association. In 2020, the Scholastic Journalism Division of the Association for Education in Journalism and Mass Communication gave him the David Adams Educator of the Year Award. In 2014, the National Press Photographers Association named him the Robin F. Garland Educator of the Year and the College Media Association named him a Distinguished Adviser for newspaper advising at a four-year college or university. In 2017, he received the Edith Fox King Award for contributions to scholastic journalism in Texas.